Lions and Tigers and Christmas in Lancaster County

Recently I had a chance to go on a lion hunt in Lancaster County. And they were joined by zebras and tigers and bears too. Find that hard to believe? 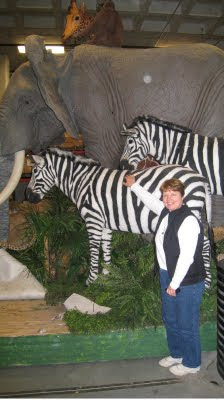 I was in the storage rooms of the Millennium Theatre of Sight and Sound – a Christian Theatre in Strasburg. I had gone to the offices of the theatre for training – The Artist’s Inn will be listed on their website for lodging. We can also order tickets for all shows and behind-the-scenes tours at a discounted rate.

If you’ve never been to Sight and Sound, you’re in for a real surprise. It is big, seating 2,000 people, and is the dream of Glenn and Shirley Eshelman. Built upon the site of their former theatre (it burned when a spark from a welder’s torch caught fire backstage), it opened in 1998. Performances feature live animals and animated ones that look and act so real you’ll have a hard time telling them apart. 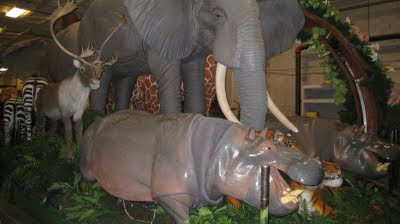 The original theatre began in what is now called Living Waters Theatre – a smaller 600-seat theatre on Route 896 next to the Millennium Theatre.

The buildings to support the theatre include animal quarters and production facilities for elaborate sets. Everything is locally made and every detail, from the minute you walk in the front door, to the last act of the show, is both professional and well organized.

We visited on a day that the theatre was closed and employees were decorating for the Christmas season. Even the bows for the 30-foot high tree were lined up, waiting to take their place …not unlike the actors awaiting their cue.

There’s a lot of excitement this year as a new show opens on March 6 – the story of Joseph. 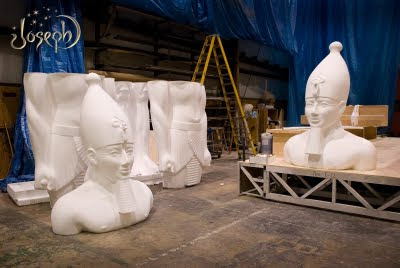 Don’t wait too long to get your tickets – whether it’s for the Christmas season, Joseph, or a back-stage tour….we know you’ll enjoy the shows and tours – just as so many guests of The Artist’s Inn already have.